A much needed state of the union address to all of our HEAVY music friends all over the world. This is a bit wordy and as such it’s not really intended for massive posting on blabbermouth or the sort. This is more or less intended for the die hard SA fans that have been patient enough to stick with us during several dark years of inactivity and wish to know our plans and doings. So…

I have always maintained a sense of pride and comfort in our bands lineup over the years. I don’t like change. In 2001 when Edgar Rivera told me that he was no longer interested in doing SA or any music at all anymore my heart sank as I believed it to be the end of SA simply because I didn’t want to do it without him. We had been slowly writing new material over the course of a year after taking some time off. So for the next year we sat idle doing lots of nothing and uncertain to a point as to what to do. After much encouragement and METAL attitude bassist Steve Moseley convinced me that there was no reason to stop writing SA styled metal. After all, I had started the band and the original focus and vision was still intact. With Steve Moseley taking over the guitar spot left vacant by Edgar we spent much of 2002 finishing up these new songs and creating even more. Robert went through a dark period during this time which made rehearsals with him difficult if not impossible. Finally to 2003 and by fall our friend and drummer John “Wolf” Covington decided to exit the band. His time had just come to take a break from drums and focus on other things in his life. Of course both are brothers in SA metal and we always wish them the best in anything they pursue.

So – pretty f’d up eh? After Covington’s departure we searched for a replacement drummer and now bass player (to fill Steve’s shoes). For most of 2004 we rehearsed and played with Kurt Joye (ex Arcane) on bass and David Header on drums. This is the line up that recorded the Waiting for the Light, Scent of Death and Sightless demo (Waiting on Olympic sampler, other track samples on SA website). A quick demo done in David’s bedroom studio gave us hope that things were still happening. One thing leads to another and we find ourselves working with a new drummer and bassist since April of 2005. As we now rehearse a set list for an upcoming gig, we’ll return after July 16th and plan a few more weeks of rehearsal before we enter the studio to finally record our new album, “Alone”. Our talks with Massacre are beginning this week to finalize the new album and the deal. We are proud to announce our new drummer in the form of Steve Nichols, who had ironically jammed with Perez and company a few times in the very early days of the band! A powerful and ultra solid METAL player Nichols’ intense delivery will no doubt compliment the SA sound in much the same way as Covington has in the past. Also on bass is the esteemed James Martin who is another monster player and has made the rounds with Concept of God and Michael Harris to name a few! And let’s not forget the weapon we have known as Steve Moseley! His guitar playing is equal to Mr. Rivera’s with his own brand and style that fits in with SA perfectly. And there’s still Robert on vox and myself on guitar. We can only assure you that our new material is of the highest quality. We wouldn’t continue if we felt otherwise. We have twelve songs and approximately 8 will make it on the album making this the first time we’ve ever had a surplus of material recorded during a session.

So, in a nutshell – we’ve been trying but as you can see it’s been difficult. I understand the feelings that fans get when members leave bands but if you’ve heard the demo track samples and “Waiting for the Light” you’ll see that there is not much difference in our signature style and sound. This is something that concerns me as it’s easy to get worried that things might not be the same without the old members. At this point however, I am no longer personally worried. The sound is heavier than ever and the songs are pleasing to our ears.

The above is a general scenario of our situation and I won’t bore you with any personal details of how each of our personal lives has affected the situation as well but again, it hasn’t been easy.

Lastly we know this will be bad news for everyone including ourselves but we have to cancel our Keep it True appearance this year and all shows surrounding those dates. Our guitarist and wife Petra are having a child and the due date is on that the same day as Keep it True! We can’t blame Steve for wanting to be there to witness the birth of his first born so we have no choice but to reschedule our shows for early in the year 2006. We are truly sorry for this and we don’t mean to be a “flaky” band but these things will come up.

Expect another update shortly after our show in San Antonio for Robb’s Metalworks Showcase. We’ll give a few studio reports as the album is in progress. Thanks for all of your support over such a dark time. Our new offering of quality HEAVY sounds will not disappoint anyone who has enjoyed our past works. 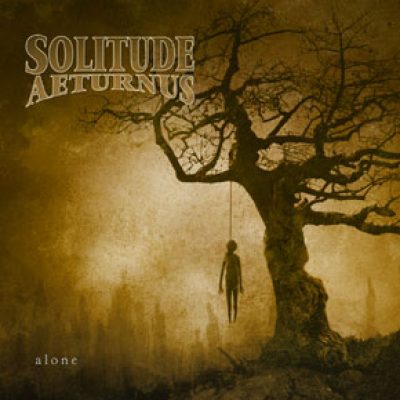 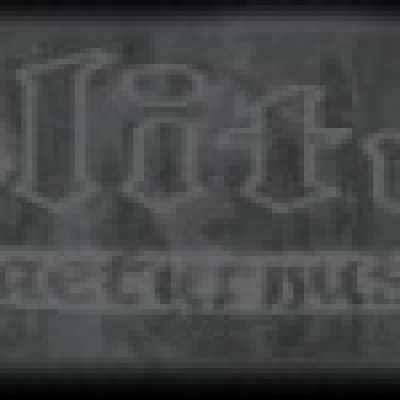 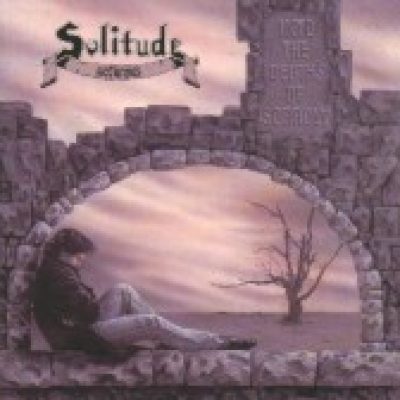 SOLITUDE AETURNUS: Into the Depths of Sorrow
13. Dezember 2000 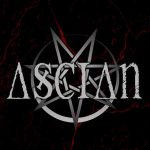 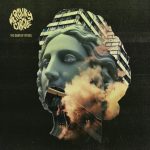 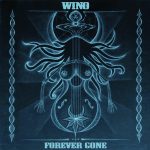 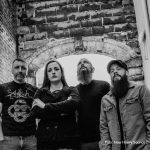