Zu den Statement der Bandmitglieder:
Troy Seele: “After close to ten years as a guitarist in Iced Earth, the time has come for me to step away.  Some of you know, but many do not, that I have a child with Autism.  In the past I had a great support system that has allowed me to pursue a career in music. That is no longer the case and it has forced me to make a difficult decision. I’ve always believed that family comes first, and now it is time for me to focus on that.

The demanding life style of being in a professional heavy metal band is no longer an option for me. Knowing the band is focused on a new album and touring cycle, and given my circumstances, this is the best time for me to step down.

Playing in Iced Earth has been a great experience. It’s taken me around the world many times and given me the chance to meet many of my heroes, as well as play in front of crowds larger than I ever dreamed of.

I personally want to thank Jon and the guys for the music and the amazing times through the years.  Thank you to the fans for understanding and for your support.”

Stu Block: “It’s very sad that Troy is leaving.  He will be missed and will always be considered family to us.  I wish him the best of luck in everything he does.”

Jon Schaffer:  “Troy was a good friend before he became a part of the team, and always will be.  I understand and respect his decision.  We shared some of the most amazing times of our lives together.  We laughed hard, and we laughed often.  Be well brother.  We all wish you the very best.” 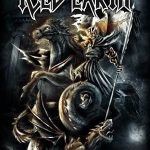 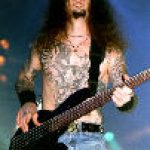