COUNT RAVEN has after two and a half years decided to go through some changes. There are a number of reasons for this: The main one´s due to problems working in one direction, due to lack of interest and bad communication. Another one is simply that the old magic wasn´t there anymore. This is not a new thing, it happens to a lot of bands that reunite, and for some reason they can´t find that old mojo working.

In order to keep the old RAVEN-magic, we have some new people in the band who have the ability to keep that very magic. And that´s the main thing. You got to stay true to your music, your fans and to your dream! The guys that will help out to make this dream work and who are replacing Wilbur and Renfield are: Fredrik Jansson (ex-Abramis Brama) on bass, and Jens Bock (ex-Doomsday Gouvernment) on drums. We have already finished the set-list for the Bang Your Head-Festival, and it will include a few surprises.

Also we are rehearsing on new material for a possible new album, and so far it sounds extremely promising. We want to thank everybody that believed in us in the past, as well those that do now. We won´t let you down!

The Raven flies on… 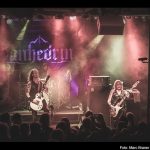 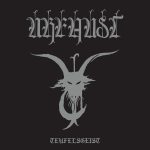 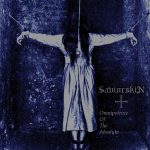