After playing a pretty cool show in Saratoga, NY we decided to bunker down and focus on the next album. Before playing Albany we had about seven brand new songs written and in varying states of cohesion. I´ve been recording our rehearsals and have been immersed in the details of this new batch of songs. My typical routine is to drive to Philly from Upstate NY on Saturday afternoon, rehearse from about 9 until 2 in the morning, and then drive home listening to Art Bell Coast to Coast while talking to myself. After sleeping a few hours on Sunday morning I´ll get up and start sifting through the 2 or 3 hours of recordings, find the best takes/parts and dump them down onto my computer. Our new song count is now at 8 and the ridiculous working titles are Big Mama Jama, BTK, Gorguts Intro, Junkyard Jazz, The Nightmare Factory, Viking, Mr Vinny Swans, and a brand new one, called Drug Holiday, that we´ve been putting together.

It looks like Drug Holiday may be a Voivod ´Jack Luminous´ type song clocking in at about 15 to 20 minutes. The thing draws on our strange mix of influences; everything from the criminally underrated Penn State, PA band T4 to early Prong (think The Coliseum from Primitive Origins) to Gorguts/Negativa (of course!) and even Pink Floyd. The Rosa rhythm section is really working overtime these days. If you´ve ever listened to the drumming of Terry Bozzio on Black Light Syndrome or spent time listening to anything by Confessor you´ll get some idea of where Harry is at these days. Fucked up beats and tons of bizarre metal percussion shit for him to hammer away on. And if you missed Harry´s trademark tom work from Into the Wire and Crossbearer get ready because it´s back and it´s breathtaking. And then there´s Vince…with a new Ampeg bass rig he´s a fucking monster. He intuitively knows when to go berserk and when to hold down the bottom end and the new album will be the first time that we backed off some of the guitars so the basswork could shine.

For every recording we think organically; natural drum sounds, minimal to no kick triggers, and a very raw but clean recording. We like to get all of the songs down in single continuous takes and with absolutely NO beat detective, autotuned vocals, or any other bullshit that makes most records sound the same these days. If you want to see what I´m talking about put your index and middle fingers on one your wrist on the side of your thumb and feel for your pulse. Count how many beats there are in a ten second period. After about 5 seconds do the same thing. I will guarantee you that there will be a few beat difference between the two. Music should flow and sway like a human heart. Beat correction is used so frequently now that I´m not sure people even know what a natural drumbeat sounds like anymore. Rant over. When the 3 song Ep finally comes out it will give some idea of where we´re going but I already feel like I may finally be satisfied with one of our releases.

About the Ep… we´re just waiting on some classical instruments to be added to a few of the songs and then we´ll start the colossal undertaking of mixing the 50 or so tracks that make up each song. As soon as we have a decent mix I´ll put up a small clip but I can already tell you that in it´s completely unmixed state, it´s already thicker, meaner, and more layered than anything we´ve ever done thanks to Oktopus from Dalek and his ridiculous energy, enthusiasm, and creativity. 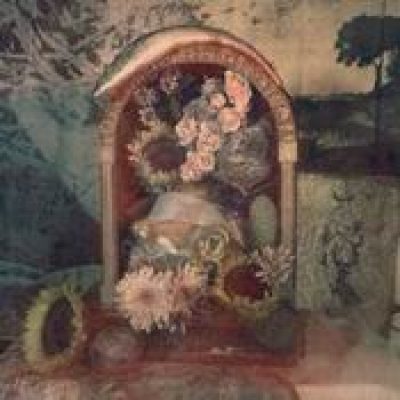 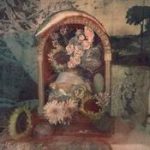 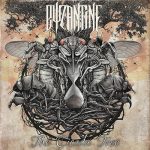 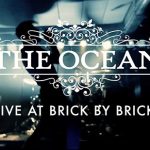